In 2021 and early 2022, Madagascar experienced a combination of extreme weather events, leading to fears of serious repercussions on food resources. 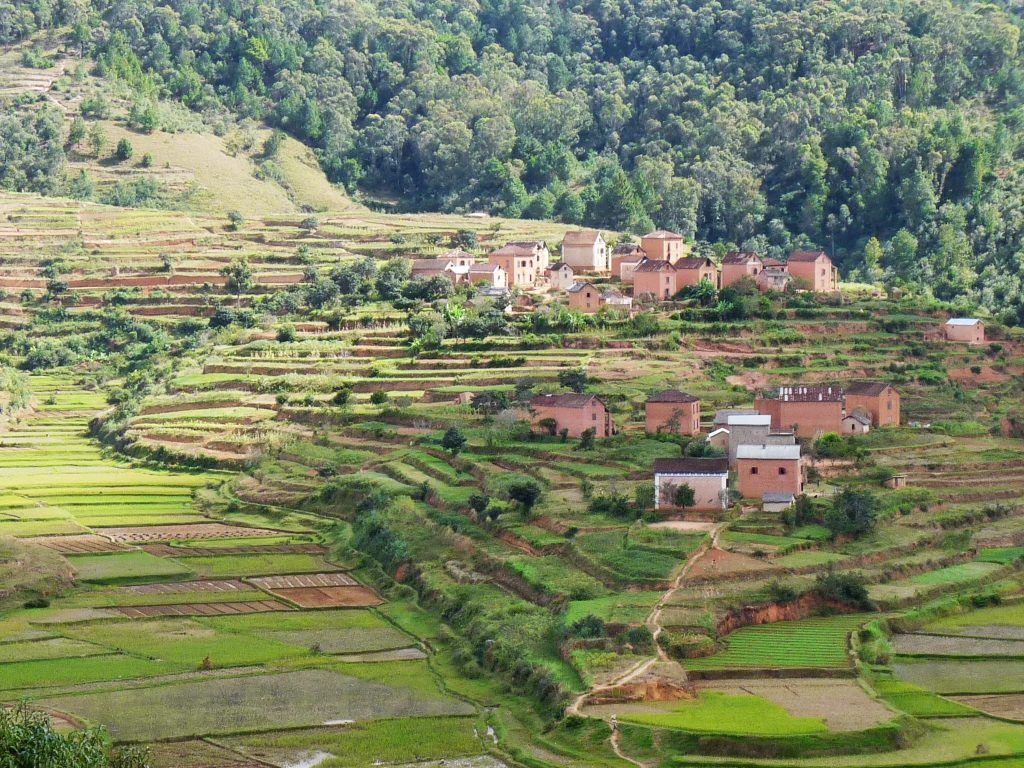 Drought: a heavy toll of climate change and deforestation

In 2021, more than one million people in southern Madagascar did not have enough to eat, mainly due to climate change that affects the traditional cycle of seasons (dry season from May to October, and rainy season from November to March), but also the lives of small-scale farmers and the rural population. In the highland region around Ambositra, where Esperanza Joie des Enfants supports three schools (in Imito, Imady and Ambinanindrano), the lack of water has been a major issue.

From September-October onwards, the villagers saw their fields and rice paddies wither and their daily consumption were drastically affected. Thus, despite the existence of cisterns and rainwater recovery tanks, the students of the Saint Joseph and Saint Michel high schools, as well as those of the Saint Francisco Marto secondary school, were subjected to drastic rationing, as the surface water tables were exhausted.

Tropical storm Ana, which hit several southern African countries at the end of January 2022, hit Madagascar hard, killing 48 people and forcing 130,000 to leave their homes. Bridges and other infrastructure collapsed over swollen rivers, sweeping away cars, their occupants and sometimes livestock. These major floods unfortunately destroyed the livelihoods of thousands of residents.

The floods have affected the schools and nutrition centers supported by Esperanza Joie des Enfants to a lesser extent. However, part of the perimeter wall of the Fanantenana spirulina farm built in 2014 was washed away by the impetuousness of the watercourse (normally a modest stream) that runs alongside the land. BTF company, led by Mr. Olive, who had built the recent extension, was on site the next day and we were able to start the solid and durable reconstruction of a wall that is essential to secure the site.

Cyclone Batsirai, which crossed the central-eastern part of the island over a 150-kilometer wide strip during the night of the 5th to the 6th February 2022, with strong gusts of wind and above all torrential rain (rainfall totals of 300 to 400 mm over 24 hours) falling on the south east of Madagascar, caused at least 120 deaths and nearly 70,000 inhabitants were displaced. The town of Mananjary was practically wiped off the map.

In addition to the winds that ripped off roofs, particularly on the coast in the Mananjary region and inland in Fianarantsoa, flooding and high water ravaged the “rice bowl” in the center of the country, causing the UN to fear a worsening humanitarian crisis. With the passage of the third cyclone, Emnati, a few days later, on the 23rd of February, on an almost identical trajectory, the region was again devastated. Our friends from the association l’Essentiel, member of the MIAE and working in Farafangana, a coastal town that was almost 90% destroyed, saw their actions of the last few years ruined.

The communities and schools supported by Esperanza Joie des Enfants were fortunately largely spared, being located slightly north of the epicenter of the last two cyclones. We only suffered the loss of the oldest tarpaulins covering the greenhouses and basins of the Fanantenana spirulina farm. In addition, the Saint-Francisco Marto school in Ambinanindrano suffered limited damage, mainly to the school buildings built with the “means at hand” (including sheet metal roofs and fragile walls). The buildings that we have built “according to the rules of the trade” in Ambinanindrano (dispensary, houses for the sick and medical staff, school canteen, etc.) have resisted perfectly. The affected part of the school building (the library and teachers’ room) was quickly repaired and made watertight thanks to the mobilization organized by Father Séraphin. In the same region, the high schools of Saint-Michel in Imady and Saint Joseph in Imito, as well as the dispensary in Imady, were affected by the exceptional rains but without any damage to the buildings.